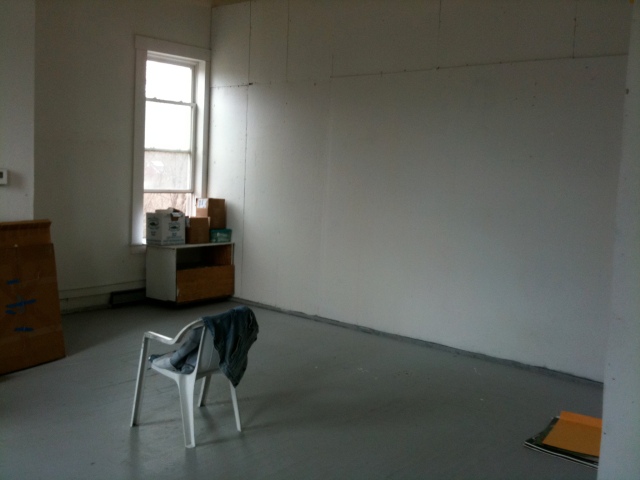 So I started at the Vermont Studio Center yesterday.  It was nice to move into a new large space.  It reminded me of how I like working big, and made me realize that my recent scaling down in the size of my paintings might be due to the downsizing of my studio space.  It’s funny how you’re surroundings can effect you- or just how the size of a room can effect you.

Last night I finished reading an essay by Oliver Sacks called The Case of the Color Blind Painter.  The piece was about how this successful painter had been in an accident and because of it, lost all his sense of color – in the physical world, his imagination, and his memory.  At first this was traumatic to him, and disabling.  But within a few years of the accident his brain readjusted, and allowed him to see in new ways – he was able to see better in darkness, see farther, and felt he could see form in its purest state; without the “chaotic distraction” of color.  When asked if he had the opportunity to switch back to being able to see color again he felt repelled by the idea (when the accident had at first happened he would have done anything possible to perceive color again).  By the end his brain had erased any idea of color, and he was painting a successful series of black and white paintings.

I think it’s interesting to ponder on the workings of the brain, and am amazed at how it can adapt to necessity.  The idea that the brain could rework itself; something was taken away but the brain “re-rights” itself through utilizing other parts of perception. 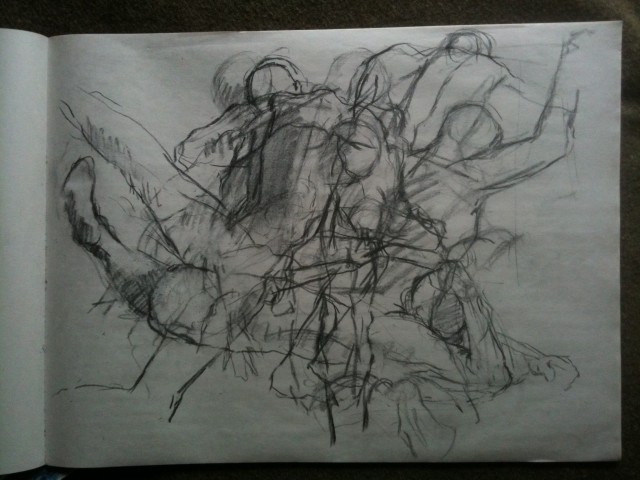 I started doing some figure drawing today as well.  I’ve been wanting to work with a model and pile the drawings on top of each other, like this, for awhile now.  We’ll see where it goes.